13 Minutes to the Moon

The Apollo Project as a story of adventure and leadership

Today is the 50th anniversary of one of mankind’s greatest achievements: the Apollo 11 Moon landing. In honor of this project, and to learn more about it, I’ve been listening to the podcast “13 Minutes to the Moon”.

The Apollo project draws the admiration and awe of so many around the world for its audacity, daring, and grandeur. It’s a story of adventure, exploration, and trailblazing in science and technology. For a founder and team leader like me, it’s also a story of leadership writ large. It has all the elements:

The bold mission: First, you have President Kennedy’s BHAG: “We choose to go to the Moon in this decade and do the other things, not because they are easy, but because they are hard; because that goal will serve to organize and measure the best of our energies and skills, because that challenge is one that we are willing to accept, one we are unwilling to postpone, and one we intend to win.”

I learned from the podcast that Wernher Von Braun, in a 1961 letter, had recommended the Moon landing as a goal specifically because it was far enough away from where either the Americans or the Russians were at the time that it would give the US a chance to catch up. An ambitious goal can attract massive resources: at the peak of the Apollo program, it consumed about 4% of the federal budget (that would be $176 billion in 2019) and employed over 400,000 people.

The team: A classic, plucky band of young people—many from the Midwest, you can hear the farm-boy accents on the comms—apparently often hired based on a resume alone, without an interview (which shocked me). The average age in Mission Control was around 26, and the famous Flight Director, Gene Kranz, had not yet turned 36 by the time of Apollo 11.

The key moment early on when a low-level employee speaks up courageously to upper management: At the beginning of the project, there was a major open question about the basic approach to the mission. There were three options on the table, and (as with first, failed attempt at the Panama Canal), choosing the wrong approach might have been fatal to the goal. One option was to build a single enormous rocket that could take itself, in its entirety, to the Moon and back; this approach was simple, but the rocket required would be enormous (owing to the tyranny of the rocket equation). A second option was to construct the vehicle in orbit, with multiple launches to take material and tools to the work site; this made the launches easier but the construction much harder and more complicated. The final option was to have a large rocket launch a smaller craft, then detach and let the smaller portion of the vehicle go to the Moon alone. This is the option that worked, and in retrospect might have been the only thing that could have worked—but at the start many were against it, including the eminent Von Braun.

Engineer John Houboult was one of the few advocating for it, and even he was not supported by his manager. Finally Houboult wrote a strident memo directly to Robert Seamans, NASA’s second in command, asking in exasperation “Do we want to go to the Moon or not?” His persistence paid off, his plan got a hearing, and it was ultimately accepted. (There’s a management lesson here: encourage open communication, and don’t force it to follow the chain of command. Let any individual speak up to the CEO or the whole org; someday it just may save your project.)

The big setback in the middle of the project: The craft for Apollo 1 had been assembled hastily as NASA scrambled to make Kennedy’s tight deadline. Not all the wiring was properly insulated. Tests had been run, but only with the capsule door open to the air. At a launch rehearsal test with the astronauts, however, the capsule was sealed and the air inside was 100% oxygen. A pure oxygen environment combined with poorly insulated wiring set off an electrical fire. The escape hatch wasn’t designed for this scenario: the procedure to open it took a minute and a half. Astronauts Gus Grissom, Edward White, and Roger Chaffee perished in the fire.

I can’t even imagine what a blow this tragedy must have been to everyone involved. No one seriously expected that such a bold and risky project would have been completed, over the course of an entire decade, without any loss of life—but to lose men on the very first manned launch, and not even in space but on the ground, during a test before the launch itself, must have been absolutely devastating.

Afterwards, Gene Kranz gave the downtrodden, mourning team the speech they needed. He did not seek to avoid blame, but took responsibility, pointing the finger squarely and himself and the team:

We were too gung ho about the schedule and we locked out all of the problems we saw each day in our work. Every element of the program was in trouble and so were we. The simulators were not working, Mission Control was behind in virtually every area, and the flight and test procedures changed daily. Nothing we did had any shelf life. Not one of us stood up and said, “Dammit, stop!”

I don’t know what Thompson’s committee will find as the cause, but I know what I find. We are the cause! We were not ready! We did not do our job. We were rolling the dice, hoping that things would come together by launch day, when in our hearts we knew it would take a miracle.

And then he told them how they were going to recover, turning loss and despair into action and determination. He gave them what has become known as “The Kranz Dictum”, that from that day forward Flight Control would be known by two words: tough and competent. He told them to take accountability and to raise their standards. They did. 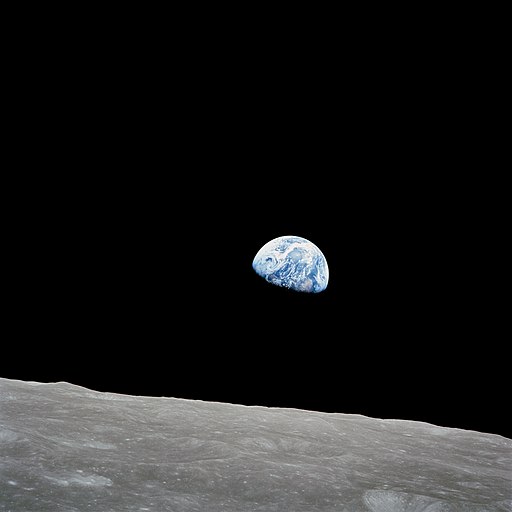 The victory: All this culminated, of course, in the historic Apollo 11 mission that actually landed on the Moon, fulfilling the late Kennedy’s goal and challenge: “landing a man on the Moon by the end of this decade and returning him safely to the Earth”. And like any classic tale of adventure, they made it in the nick of time (historically speaking), with less than six months to the end of the 1960s.

Apollo was a grand challenge project in science & technology. But sitting here from the early twenty-first century, especially for anyone under the age of about 40, we also have to remind ourselves that at the time, it was a battlefield of the Cold War. There were good criticisms of the idea of a “space race” with the Soviet Union—why should we even acknowledge a “competition” with a totalitarian regime that starves its own people?—but with the Soviets launching satellites and then manned missions right over our heads, and with memories of the Nazi V-2 rocket attacks on London still fresh, everyone involved in Apollo felt they were fighting to maintain US military and technological superiority.

Today, the achievement of Apollo still inspires the world. It’s become the standard example of enormous achievement: “if we can put a man on the Moon, why can’t we … ?” And although NASA’s ambition, and budget, have been scaled back by orders of magnitude—the Saturn V rocket no longer exists, and even the Space Shuttle program has been shut down—today we have multiple private companies finding new, and hopefully profitable and therefore more sustainable, paths to space.

Check out the podcast, a 12-episode miniseries from the BBC: “13 Minutes to the Moon”

→ Missing the light at the end of the tunnel

Get my posts by email: